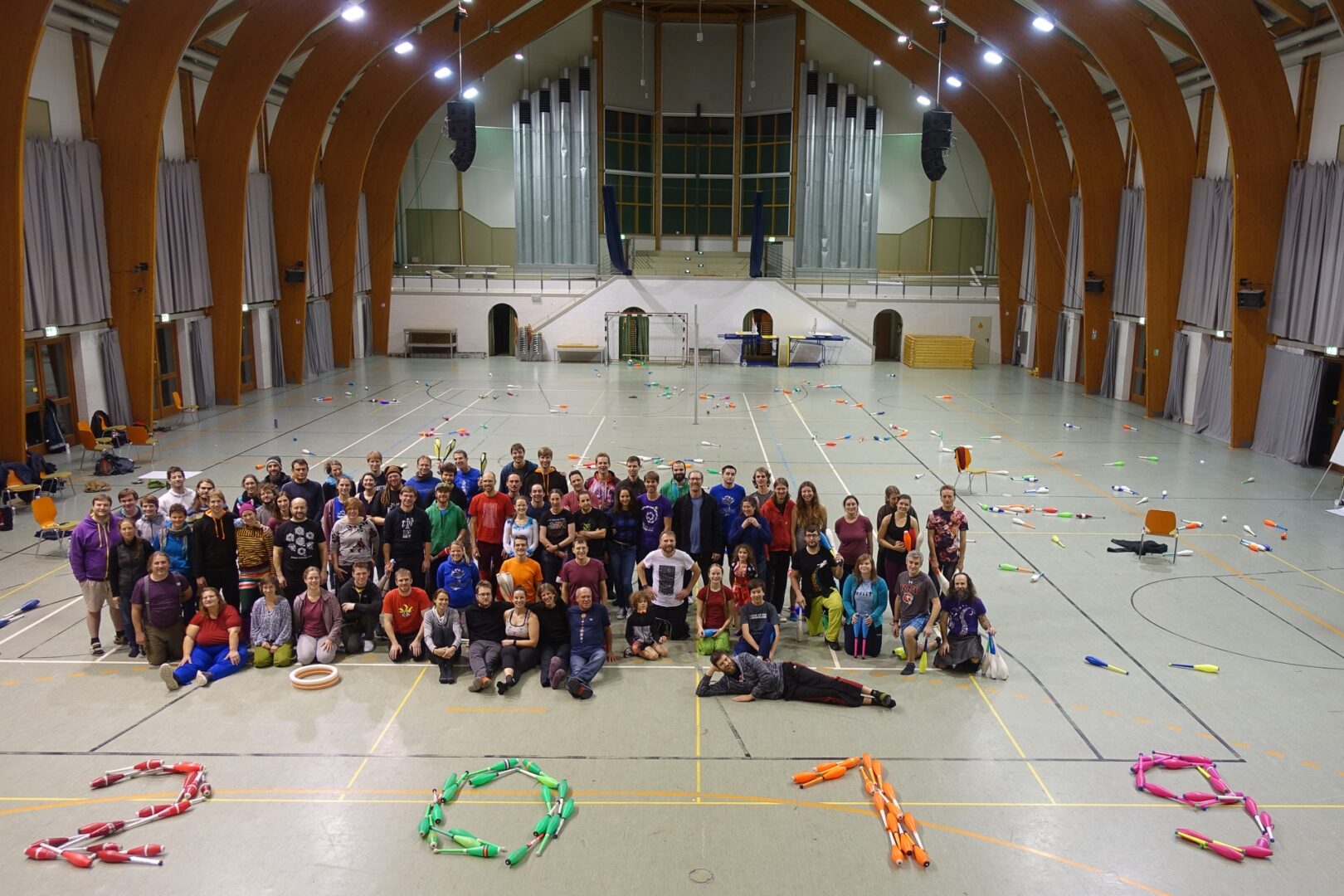 Thank you for an awesome PassOut!

This year, PassOut took place in Krelingen, a small town in northern Germany. The next train station was 12 km away with a very sketchy bus schedule, so we shuttled people to and fro in private cars. Thanks to the drivers who were mainly Christian K., Uwe, Juli, Nicki and Menno everyone got to PassOut and everyone caught their train at the end.

Thanks also to all the other jugglers who came and who helped. The service Ladies of GRZ were so much in love with you! Take it from them: you are a very special and very awesome crowd! 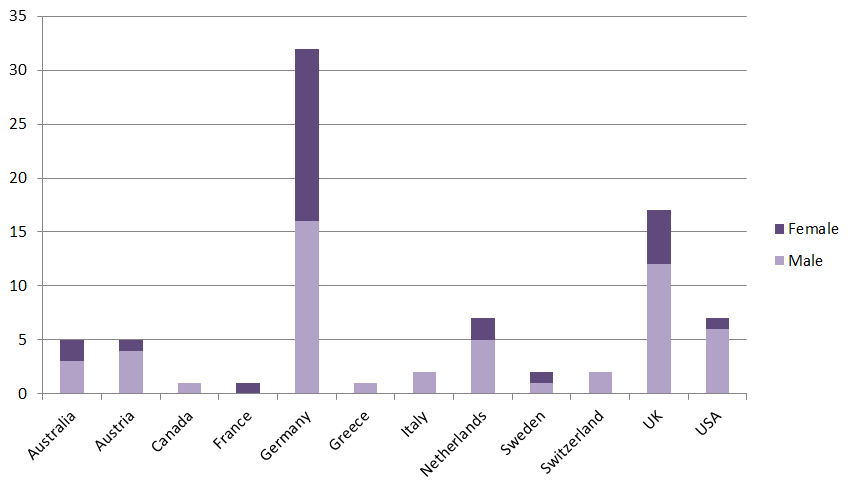 There were 29 female and 53 male jugglers, Germans and Swedes being the only groups with a balanced gender distribution. So, whoever wants to complain about too many Germans at PassOut...

Thanks to all the wokshop teachers. Without you, PassOut wouldn´t be half as awesome!

New patterns of the year: Takeouts in Bruno´s

With takeouts in Bruno´s, there is a new family of manipulator-patterns out. It started at the 2018 Berlin Juggling convention with Nicki, Anett, Andreas and Uwe introducing takeouts into 3-count Bruno´s. "Brunicki" was born there.  It went on at PassOut with Wolfgang first trying to adapt a combination of 2 scrambleds into 2-count Bruno´s. It was quite hard, especially as the manipulation as well as the walking is different according to which side of the pattern you are on. At some point, Juli said "I feel like cream that someone wants to beat and to heat up at the same time". We didn´t get a full round but we named the pattern "Thermomix".

Nicki was more keen on introducing takeouts into 3-count Bruno´s, to get semi-ambidextrous patterns like Brunicki. Brunicki looks symmetric but for the individual juggler it actually isn´t. 2 jugglers always manipulate on the right, 2 on the left-hand side.

Finally, Brunolf resulted from the combined efforts of Wolfgang and Nicki. As Brunolf was designed to specifically manipulate only clubs that are left alone by Brunicki, those 2 can be combined to make a 5 people pattern with 2 manipulators, named Brunickolf.

The Bruno´s takeouts are a little harder than scrambleds. They require passes and manipulation from both hands.

Swisstian made up a new software for passing. In the process, he discovered many little known resources online.

You´ll find the links on the start page. 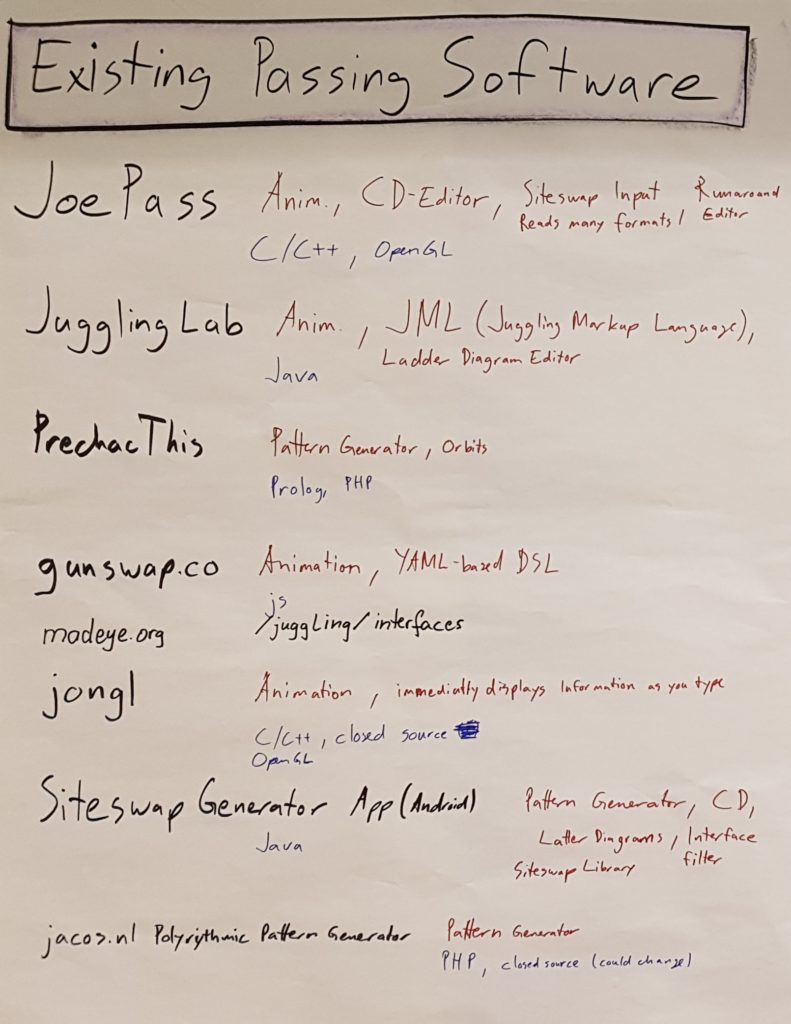 Katie was in charge of the Party decorations - and our dining room looked awesome. There were chinese well-wishes from Wiebke´s workshop, lots of origami ornaments, self-made garlands and a million lights. Thank you, Katie and Katie´s crew: Uwe, Ruth, Toto and... 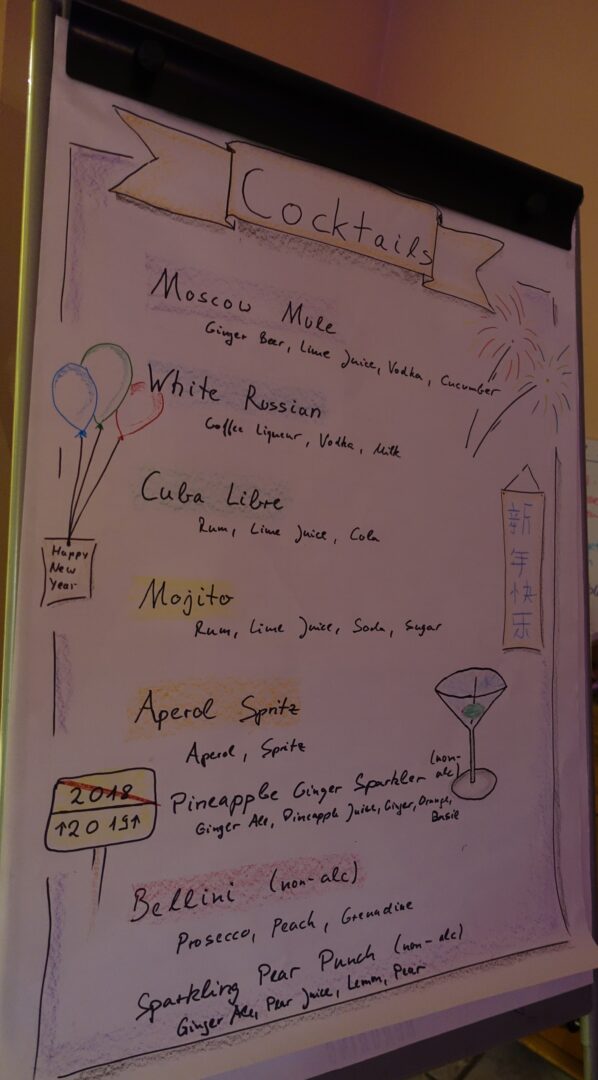 This year, it was not only the Italians Alberto and Giordano responsible for the drinks - they got help from Simon and Hoschy. The drinks menu was certainly impressive. 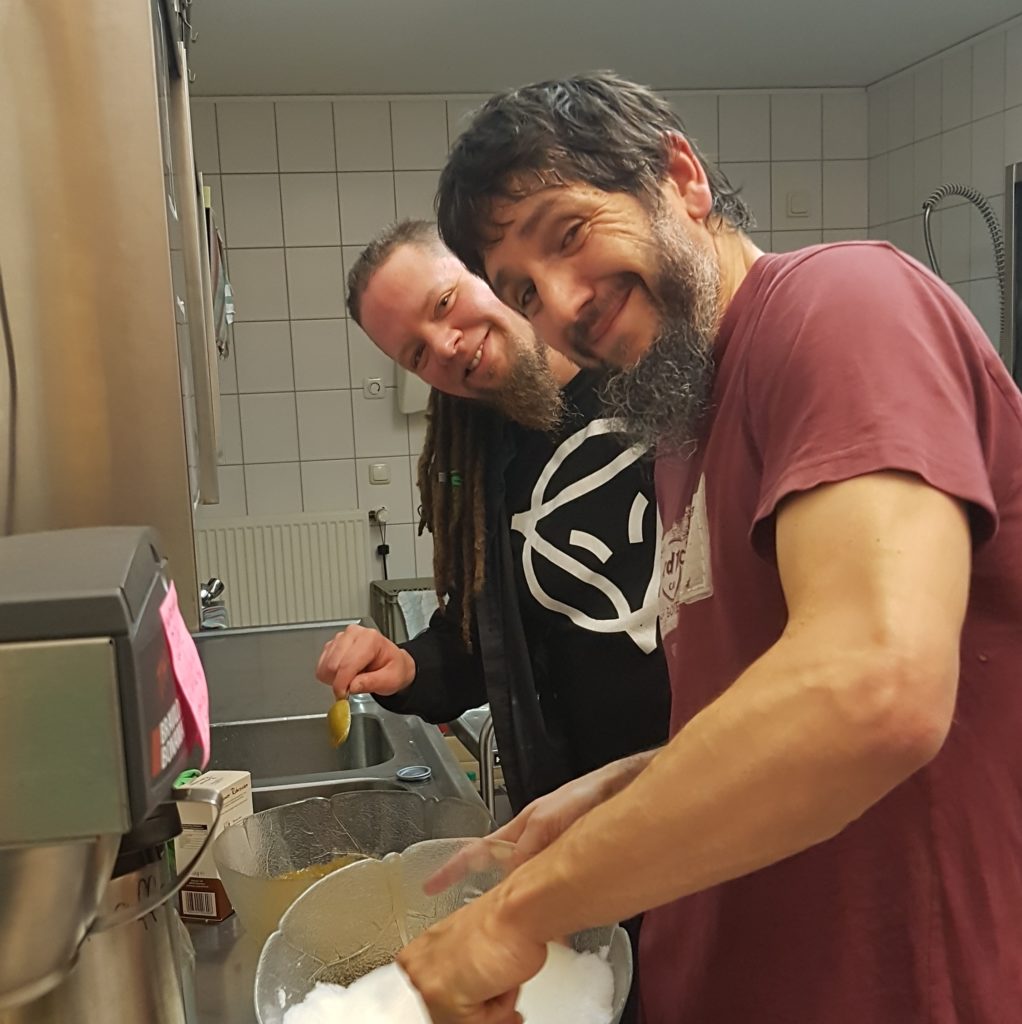 As there was no pool, there was no water ballet. But - there was "hobbyhorsing" where people old enough to be considered adults act like they are horse and rider in a dressage show. Silly! 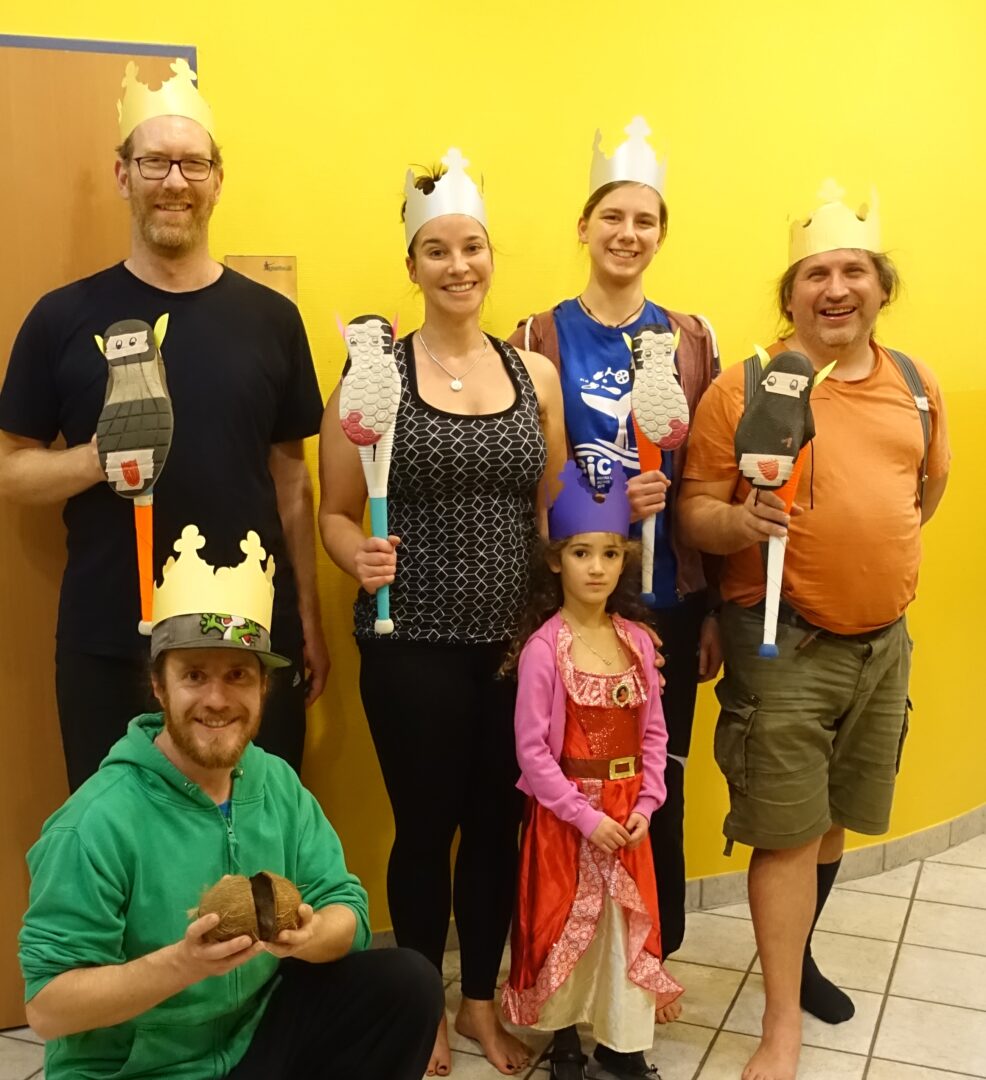